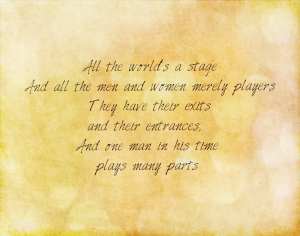 Over the past two years,  various networking mediums have been awash with similar statements, anecdotes, and slogans.  Whether it be a Celeb or your normal Jo Bloggs, EVERYONE is re-evaluating their surroundings, and when I say surroundings I mean the people around them.

An intricate game of chess, where friends become acquaintances, acquaintances become friends,  Family become distant, lovers become family.  Some will completely leave your life, while others will hold on to your existence like a plague or a comforting hug (omit whichever you want) And strangely some will shift back to the place they once occupied, Some will just walk away…

Life is a funny old thing ,  I am sure you will often find yourself sitting with only your thoughts for comfort, playing back  how different relationships have impacted your life.  From the innocent playground friendships that have stood the test of time to the turbulent love that has torn your very core apart. How has that modeled you? How have these Individuals impacted in your life? More importantly how have you impacted on theirs?

What saddened me the most was declarations from young teens addressing friends that have wronged them in one way or another, putting statuses up on FB stating how they will be removing them from their lives.  I thought surely life was about school, clothes, football, video games not the sad reality that even the young had to add dispensing  of people to their homework list.  But maybe they are right? and by  re-evaluating their surroundings at such a young age will protect them from future hurt maybe as adults we can learn from this.

Its fair to say nothing remains the same, and how you evolve as a person definitely impacts on relationships.  The strongest relationships that I have had, have evolved with me, and been patient with my changes and I with theirs.  We all change sometimes for the better, sometimes for the worse people will come,people will go but always  remember the impact these people have made to you with fondness, take what you have learned from them and be eternally grateful for with this knowledge you grow. 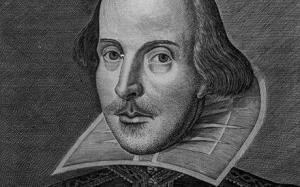 All the world’s a stage,
And all the men and women merely players;
They have their exits and their entrances,
And one man in his time plays many parts,
His acts being seven ages. At first, the infant,
Mewling and puking in the nurse’s arms.
Then the whining schoolboy, with his satchel
And shining morning face, creeping like snail
Unwillingly to school. And then the lover,
Sighing like furnace, with a woeful ballad
Made to his mistress’ eyebrow. Then a soldier,
Full of strange oaths and bearded like the pard,
Jealous in honor, sudden and quick in quarrel,
Seeking the bubble reputation
Even in the cannon’s mouth. And then the justice,
In fair round belly with good capon lined,
With eyes severe and beard of formal cut,
Full of wise saws and modern instances;
And so he plays his part. The sixth age shifts
Into the lean and slippered pantaloon,
With spectacles on nose and pouch on side;
His youthful hose, well saved, a world too wide
For his shrunk shank, and his big manly voice,
Turning again toward childish treble, pipes
And whistles in his sound. Last scene of all,
That ends this strange eventful history,
Is second childishness and mere oblivion,
Sans teeth, sans eyes, sans taste, sans everything.

My Tweets
Join 29 other subscribers