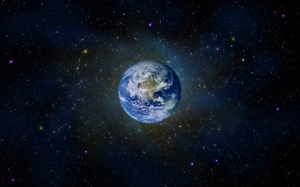 Earth from Space where we live together… as one Human Body.

The other day I watched my Son approach another little boy and ask if he could play with him.  The other child was a little shy, my Son was pretty persuasive to the point the ice was broken and they played a very excitable game of ‘Hide and Seek’

I immediately pondered on what she had said, I suppose culturally the two boys were different, but through the eyes of a child no difference existed.  Just the mutual want to play and have fun, it made me reminisce to my own childhood, life was not about differences then.  Once you had walked through the Infant School gates, laughter and play was a universal language  we all spoke fluently.

I snapped out of my daydream, and glanced at my sons playmates Father.  He was watching the children play also, he seemed pensive and in deep thought, maybe thinking of the reality of life.  In a few years our children would be forced to learn of their differences, read articles with the main aim to cut a wedge between people, religion, hate, race, the list unfortunately goes on.

As I grew I felt the change, friends I once held hands with in the Playground became bitter at the hand life had given them, they blamed their misfortune on these differences…

I hug my son tighter, I want to protect his innocence his love for others, I don’t want him to change…but I guess he will wont he?

My Tweets
Join 29 other subscribers