I was meant to put this post out on or around my 40th birthday. But in true Alison fashion, I am fashionably late and I don’t care because …‘I’m grown’. I have spent most of the last few days in a buzz of 40th splendour, basking in the 40th ray of light, and being 40 and fabulous.

I have totally felt the outpouring of love, light, and all the stuff in between and it has been amazing, truly, truly amazing. Ok, enough of the gushing, its time for me to be real….not that all of the above didn’t happen, but I still need to pour out my heart to you in order for you to fully understand my happiness and positive outlook on things. So let’s go.
When I entered my 30s a lot had already gone down. I was literally looking over a precipice waiting to step off into the unknown, an unknown that was filling my mind with dread and fear. I remember the run-up to my 30th birthday, I was in a sheer panic I was ready for it to pass quickly and for me to get on with life. I wished for it to go, to be honest, I was mourning my youth. I felt I had to kiss my carefree and non-responsibility life behind by finally becoming that responsible person I knew I wasn’t.

Anxiety clawed at my throat like last nights indigestion and everyone’s birthday wishes burned through my brain like an un-stubbed cigarette. I was consumed by a fear that I could not explain nor did I like. You will be relieved to know that I am not alone. I have since spoken to others who also felt the weird ‘30th anxiety’. I guess it is an unspoken phenomenon, almost like a right of passage that one must pass to get to the next level.
I likened it to a baptism of ‘Adulthood + Responsibilities’ mixed with the death of ‘Scatterbrainedness + Sunday Morning lie-ins whilst watching Hollyoaks’.
Fast forward ten years later and I am looking back on a decade of glorious highs and kick to the stomach lows. My 30s broke me, it broke me in ways that I would never wish on anyone. The decisions I had made caused me to haemorrhage tears, anger, resentment, money, and guilt. What lessons was I meant to learn from this? I was not prepared mentally to deal with half of what was dished out but God, the Universe, or fate chose otherwise.
I closed my eyes every night and whispered a prayer of escape and each morning I woke with new hope, new conviction and a new dream.
With every setback, I grew, with every step backwards, I grew, with every “No” someone sitting in the back said “Yes”.
Do I regret the decisions made in my 30s? in a word no. I should really, but then I wouldn’t have become a Mother, a writer, a dreamer, and more in Love with God than ever before.
If I had regretted those decisions where would I have gotten my strength from?. The strength of my belly that took over this meek, shy, introvert and made me fight through all that has been thrown atme. My strength came from God, you will never know, or maybe even understand the faith that has supported me through this decade but it was there and it was real.
I often cried alone at night with worry, when my head hurt so much it would burst. When many walked away, I was left with my thoughts, my worries and God. I overcame, I conquered and I wouldn’t have done it without God. I realise humans are just that.. humans, they have their own capabilities not always dependable, and often disappointing.
However, I believed that God put people in different positions to cheer me through my funk. When I was knocked down they pulled me up. I learnt what love truly meant. I learnt that they lie in the films, I did not skip off into the sunset. I learnt that you must create your own Love, nurture it, look after it and when it is finally ready, impart to someone that is truly worthy. I missed that lesson evidentially, but I soon caught up (only took me 40 years)
One more thing before I forget. I watch my younger brothers and sisters, I see them entering their turbulent twenties or shape-shifting thirties and I get it, I really do I understand it all.
How do I let you know that it will be ok? That I understand that the turbulence you are feeling will pass. I remember as if it was yesterday, my willfulness, and my lack of listening skills. The blind determination to walk a path that I saw others ferociously trying to scramble out of.

I believed that my elders were trying to suppress my growth, my energy, and my zest because they were jealous and past it. It had not occurred to me they had probably done it all, harder, faster and greater than me. They now wore their scars in forms of broken hearts, and dreams. I was too stupid in my self-knowledge to realise they were imparting me with wisdom in order to tread the rough and rugged terrain of life.

Oh, how I wished I had listened, and oh how I wish they will listen to me…but I know they won’t. I guess we all must tread through our own personal fuckups, and triumphs with vigour.
‘Keep away from the man with a beautiful smile, and a trail of broken hearts and destruction behind him’
‘Keep away from the woman with the deep eyes, for the eyes are the windows to the soul, you may see a darkness behind them that will pull you in’
I guess whoever reads through the chapters of our own lives can say he/she overcame. I guess that’s all we really want.
So as I look at my 40th decade I finally know who I am.
I am a Mother.
An Overcomer.
A lover of makeup and pretty things.
A talker.
A believer.
A Stronger Woman that I thought I could ever be
I cried as I wrote this, not because I am sad, but because memories I had hidden started to bubble to the surface. I cried because finally, just finally that light at the end of the tunnel is glimmering. That cloud that was grey for so many years is showing me the silver lining I have heard so much about.
40 x 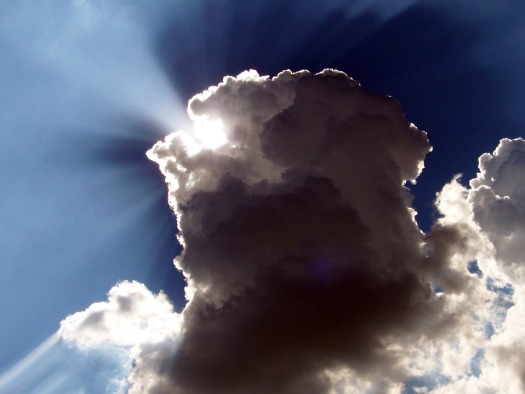